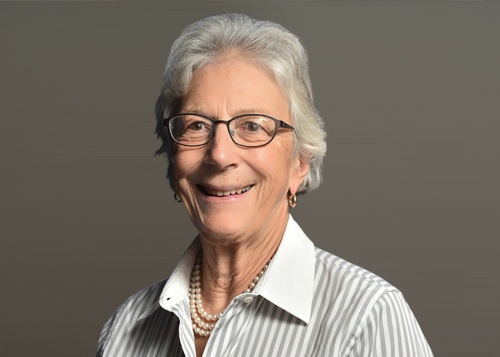 Laura B. Hoguet, a founding partner of the firm, is a trial lawyer with wide experience in business, financial and employment matters. Since the inception of the firm in 1996, Ms. Hoguet has tried and won five jury cases (four federal, one state), and has argued successfully in the Second Circuit Court of Appeals, the New York Court of Appeals and the Appellate Division.

In recent years Ms. Hoguet has acted as lead counsel representing a major French company in the defense of an employment discrimination suit in Washington, D.C; won a motion in limine excluding expert testimony, which led to an eve-of-trial settlement of a suit for alleged destruction of corporate assets; successfully defended the right of the Board of Trustees of a synagogue not to renew the employment agreement of its rabbi under the Religious Corporation Law of the State of New York; and represented a former employee of a major New York City builder in successfully asserting the right to share in the profits of a division of that company. In other cases, Ms. Hoguet won a decision after a hearing denying a preliminary injunction against competition by investment consultants who started a new business following the acquisition of their employer by another company, and obtained the reversal of a trial court order that prevented daughters from exercising authority under a health care proxy given to them by their father.

In addition to conducting a diverse litigation practice, Ms. Hoguet regularly counsels clients in business ventures including employment agreements, employment separation agreements, and non-competition restrictions and covenants. Ms. Hoguet is one of a relatively small group of lawyers in New York who are called upon to provide advice to lawyers concerning partnership law and agreements. Ms. Hoguet represents both employers and employees in employment matters. Many, though by no means all, of her clients are executives and enterprises engaged in the financial services and asset management businesses.

Prior to starting the firm in 1996, Ms. Hoguet was for 28 years an associate and, beginning in 1974, a partner of the international law firm of White & Case. At White & Case Ms. Hoguet litigated banking, corporate and employment cases including In re American Continental Corporation (Lincoln Savings), Securities Industry Ass’n v. Board of Governors of the Federal Reserve System and In re New York City Municipal Securities Litigation.

Ms. Hoguet is a member of the Association of the Bar of the City of New York and of the Federal Bar Council. She has written many articles on litigation practice and employment law topics over the years and is the author of Chapter 61 on Bank Litigation in West’s New York Commercial Practice series.

Association of the Bar of the City of New York