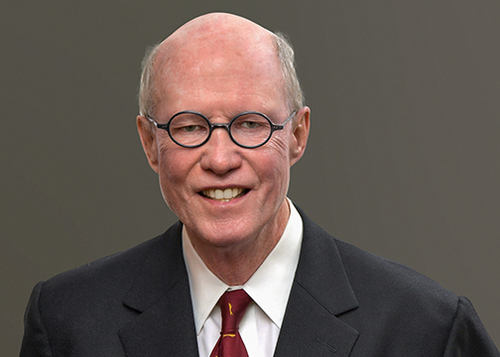 John J. Kenney focuses his practice on complex civil litigation, government investigations, business crimes, and corporate compliance. He has tried over 75 cases in 16 different state and various federal courts, the majority of which were jury trials, and has argued numerous state and federal appeals, including appeals in four different federal circuits.

John has conducted internal corporate investigations, including allegations of securities fraud, violations of the Investment Company Act of 1940 and the Investment Advisers Act, the Foreign Corrupt Practices Act, and bank fraud. He has represented clients before various government agencies including the Securities and Exchange Commission and the Office of Government Ethics.

Throughout his career, John handled the investigation of the Franklin National Bank collapse (then the largest bank to fail in U.S. history), was involved with the White Water Investigation in Washington, D.C., and also represented a witness in the Anita Hill hearings. And when the Department of Justice, the Commodities Futures Trading Commission, and other agencies undertook their investigations into LIBOR rate setting, he represented the head U.S. dollar swaps trader at a major international bank.

Formerly an Assistant U.S. Attorney in the Southern District of New York for nine years, including three years as the Executive Assistant U.S. Attorney, John is a fellow of the American College of Trial Lawyers, and the past president of the Federal Bar Council and the New York County Lawyers Association. John is also a previous recipient of the John Marshall Award for outstanding legal achievement from the DOJ. Prior to joining Hoguet Newman Regal & Kenney as a name partner in 2007, he was a litigation partner at Simpson Thacher & Bartlett.

­Bennington College, Vermont, Trustee and Chair of the Audit and Risk Committee

­Poetry Foundation, Chicago, Chairman of the Board

­American Association for the International Commission of Jurists, Inc., Director

­Represented a co-defendant of the majority leader of the New York State Senate in a four-week jury trial in federal court in Manhattan on corruption charges.

­Represented a British inspection company, with co-counsel, in a three-week non-jury refinery explosion case in federal court in Cheyenne, Wyoming.

­Represented the former CFO of a publicly held company in a 10-week jury trial on criminal securities fraud charges in federal court in Manhattan.

­Represented an international testing company against claims in a class action seeking recovery for personal injury and property damage arising from the explosion of an oil storage terminal in Puerto Rico.

­Represented an officer and head U.S. dollar swaps trader at a major international bank in an investigation by the Department of Justice, the Commodities Futures Trading Commission, and other regulatory agencies into the setting of LIBOR rates.

­Represented the head energy trader of a major international bank in a FINRA investigation into the receipt and use of rumor/inside information.

­Represented a major U.S. asset management company in an investigation by the Securities and Exchange Commission into whether the method of obtaining funds from sovereign wealth fund and foreign pension funds violates U.S. laws and regulations under the Foreign Corrupt Practices Act.

­Represented companies and individuals in connection with government investigations under the Foreign Corrupt Practices Act.