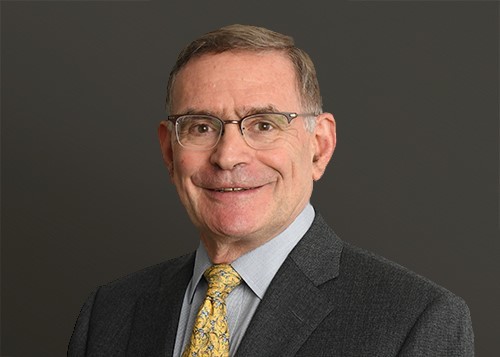 Fred’s long and celebrated career as a commercial trial lawyer has included many litigation wins. His $126 million trial decision in a precedent-setting trademark licensing suit involving royalties to be paid for using the iconic Palm restaurant intellectual property was unanimously affirmed in May 2020, leading to his consideration by The American Lawyer as a “Litigator of the Week.” Shortly after the trial decision, New York Commercial Division Justice Andrea Masley, who tried the case, ordered defendants to pay $4.6 million in attorney’s fees and expenses to HNRK for its successful prosecution of the case. In her fees ruling, Justice Masley praised Fred for his leadership on the case, noting that his trial skills were “extraordinary.”

Other notable HNRK cases in which Fred was lead trial counsel include representing Market Data Corporation against Dow Jones which settled before trial for $202 million; International Cards Company against MasterCard International for conversion of a letter of credit that resulted in a multimillion-dollar jury verdict for HNRK’s financial services client; an investor in a five-month bench trial in the New York County Commercial Division involving a partnership dispute over the ownership of a Ukrainian television station; a major Brazilian energy equipment supplier in a precedent-setting case in the New York Court of Appeals involving the application of New York law to a Euro-denominated financing; Paula Zahn’s talent agent in the successful defense of a highly visible and hotly contested suit by Fox News that arose after Ms. Zahn left Fox for CNN immediately before the 9/11 attacks, resulting in the creation of the right of first negotiation — commonly used today; and an executive in his successful NASD (now FINRA) arbitration recovery of a $680,000 bonus from Banc of America Securities that resulted in an oft-cited decision upholding the award and establishing the New York standard of review for arbitrations.

Fred also advises corporate owners, executives, and entrepreneurs on business and personal issues. In addition, he has served on the board of directors of a private reinsurance company, was appointed CEO of a public company in dissolution by its major creditor, and was the general counsel and secretary of a public reporting subsidiary of a Fortune 50 company

Named a Litigation Trailblazer by The National Law Journal, 2019

­Congress of Fellows of the Center for International Legal Studies

­Represented a medical device biotherapeutic company in the Eastern District of New York and the Delaware Chancery Court concerning change of control issues.

­Represented minority shareholders of a famous restaurant brand asserting breach of fiduciary duty in the licensing of the brand’s intellectual property (won an interlocutory appeal in the Appellate Division, First Department, and tried the case in the Commercial Division with the decision sub judice).

­Advised executives, board members, and employers concerning sexual harassment and “#Me Too” issues.